Get your copy now!

A note to visitors

During the summer of 2016 I relocated from Seattle to Las Vegas. Since then, I have not put up new posts here on New To Seattle, although visitors are free to comment on older posts, to which I often respond. In Sin City I've launched a new blog, New To Las Vegas, which continues my same tradition of observation, musings and commentary. Visitors can access my new blog by clicking here. Please visit and stay awhile. 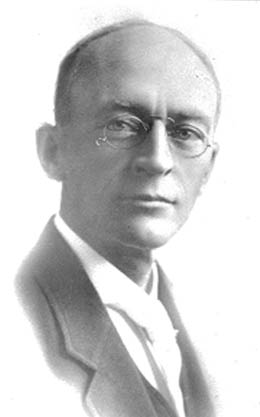 In five years the population of Seattle has risen 9% from 608,600 to 662,400 (including me, still New To Seattle). That’s a hefty increase of 53,800, a compounded annual rate of 1.6%. The city certainly has been feeling the growing pains, thanks in large part to limited land forming an isthmus between two bodies of water and an infrastructure not really up to the task.

But that rate of growth is nothing compared with the epic boom that exploded hereabouts a century ago. From 1900 to 1920 Seattle’s population rose an astounding 290% from 80,671 to 315,312. That’s a compounded annual rate of 6.5%–four times higher than now.

Whereas the current population boom is fueled mainly by new jobs in technology, the one a century ago was a lot more primeval. Its roots were primarily gold and vice–the latter of which which led to the voter recall of Seattle Mayor Hiram Gill in 1911.

But of course, at the heart of both booms was economics.

The gold part of the Great Seattle Boom–my label, anyway–was the Klondike Gold Rush in Canada’s Yukon region near Alaska. On August 16, 1896, an American prospector named George Carmack found a large deposit of gold near the Klondike River. It took nearly a year for news of the find–and the first shipments of gold–to reach the U.S. “GOLD! GOLD! GOLD! GOLD!” screamed the headline in the Seattle Post-Intelligencer on July 17, 1897, the day the steamer “Portland” arrived in port with 68 miners hauling “stacks” of gold.

The gold rush was on, with an estimated 100,000 people scrambling to reach the Yukon. The nearest rail line ended in Seattle–James J. Hill’s Great Northern Railway had conveniently arrived in 1893. Canadian authorities required prospectors to take a year’s worth of food with them, providing Seattle merchants even more business. The Seattle Chamber of Commerce hired newspaper editor Erastus Brainerd to publicize Seattle across the country as the best gateway to the riches of of the north rather than, say, San Francisco or even Portland. By all accounts he did a terrific marketing job.

By 1903 the gold rush petered out. Of course, most of the folks who headed north came back empty-handed. But a fair number decided to stay in Seattle. Then there was the rising trade across the Pacific in the aftermath of the Spanish-American War of 1898. All that, plus Seattle’s location amid timber and coal deposits, and its dominant position as a staging area for Alaska, set the stage for tremendous growth.

As well as tremendous vice. The city already had a red light district, south of Yesler Way on the southern end of the downtown area. It was called Skid Road. The area was full of brothels, opium dens, gambling establishments and bars. A lot of them were staffed by newcomers, adding to the boom.An awful lot of money changed hands.

Municipal elections tended to turn on the issue of whether Seattle should be a “closed city”–that is, suppressing notorious activities–or an “open city”–encouraging such enterprises. In those days mayors were elected for two-year terms. In 1904 the winner was Richard A. Ballinger, an ex-U.S. Secretary of the Interior who cracked down on vice. Two years later, the voters went with William Hickman Moore, who was a lot more lenient.  In 1908, the winner was John F. Miller, in favor of a closed city.

That set the stage for Hiram Gill, a Republican lawyer on the City Council who specialized in defending those accused of vice. He openly campaigned in support of prostitution, gambling, you name it, but said he would restrict is all to Skid Road.  In March 2010, he was elected mayor.

As became quickly apparent, Gill really had no intention of so restraining vice. One of the first things he did was appoint as police chief the outrageously corrupt Charles W. (Wappy) Wappenstein, who had earlier lost his job as police chief for being outrageously corrupt. Wappy started shaking down the brothel owners on a per-hooker basis–$10 a head–using police officers to collect the tribute.

Meanwhile, associates of Gill formed something called the Hillside Improvement Co., floated stock and got the City Council to lease it an 80-foot stretch of a street on Beacon Hill–definitely not part of Skid Road–on which would be built a 500-room bordello, said to be the world’s largest. In a widely noted article in McClure’s Magazine, writer Burton J. Hendrick deadpanned, “Many American cities have voted away their streets to gas companies, electric-light lines, and street railways; but Seattle is the first, so far as the present writer knows, that ever granted a franchise to a public thoroughfare for the erection of a huge brothel.” Hendrick also noted that a federal panel in a recent report had called Seattle one of the headquarters of the “white slave trade.”

With gambling establishments springing up all over town and the quality of life declining, it was only a matter of weeks before petitions started circulating calling for an election–a recall election–to oust Gill from office. However, despite all the notoriety, it wasn’t clear that the anti-Gill forces had enough support, especially from business interests. Vice, after all, was behind a large part of the ongoing boom and the prosperity enjoyed by merchants and property owners.

But then the anti-Gill side caught a break. In November 1910, Washington State male voters approved a constitutional amendment giving women back their right to vote, lost in an 1887 ruling of the then-territorial Washington Supreme Court. That nearly doubled the size of the electorate in Seattle, mostly with females voters (those not working on Skid Road, at least) who saw the policies of Gill as terribly destructive of family values. Seeing this, Gill supporters actually tried to move up the recall vote to occur before the effective date of female enfranchisement. The anti-Gill forces frustrated this by the simple expedient of delaying the filing of the recall petitions.

On February 9, 1911–less than a year after being elected–Gill was ousted by the voters, replaced by an anti-vice candidate. Some 20,000 of the 23,000 newly registered women voted; Gill lost by 6,000 votes. Gill became the first American mayor to be recalled.

Wappy was fired. He and those two Gill associates were convicted of corruption and sent off to the state prison in Walla Walla. But Gill himself avoided charges and for a time had a second act. After campaigning unsuccessfully in the 1912 elections for his job back, Gill reclaimed his old job in the 1914 election by forming an alliance with organized labor and campaigning on–yes!–an anti-vice platform, and kept it during balloting in 1916.

But those old habits die hard. Seattle’s reputation as a town where anything goes persisted. Gill, a new police chief and the King County sheriff were indicted on charges of taking payoffs to protect bootleggers. Gill also was disbarred as a lawyer for a year for unethical conduct.

Despite all this baggage, he ran for re-election in 1918. Gill lost in the primary, coming in third. Within a year he was dead, a victim of the worldwide influenza epidemic, at age 52.

The boom continued. One result of the Great Seattle Boom was the creation of enduring companies now known as Nordstrom, UPS and Eddie Bauer.

Something to think about during this boom: What are the chances their modern created counterparts–Amazon and Microsoft, Costco and Starbucks–will be around a century from now?

This site uses Akismet to reduce spam. Learn how your comment data is processed.

: You are correct that during my lengthy stay in Seattle for 25 yea...
William P. Barrett: nnobrien, I agree with that....
nnobrien: Vereide structured his world-wide work to appeal to “the strong...
William P. Barrett: I wrote that post in 2011 within two months of arriving in Seattl...
Rose Durst: I am new to Seattle too, 2020. I'm a midwesterner. I am constant...
Scott: I used to work as a valet at the Grand Hyatt Seattle — so I loo...
William P. Barrett: Haven't seen much of a purge Fremont movement. Good luck....
Keith Jay Stanton: I live in Fremont, NH. Named after the "General". My mother's f...
William P. Barrett: Have at it. But I won't be able to be a member: I now live in Las...
Carrie: I've always wanted to start a support group for NJ and NYers who ...
Karen: First, in regards to after-Vereide's-time, a ministry of counsell...
: Grubb's book was published way back in 1962, and, as far as I kno...
Karen: That paragraph about the 'spooky' conspiratorial group is a lot o...
: Their asking me for my credit card # over the telephone completel...
Hayk S: I'm glad Bellingham is in the list as my mom decided to retire in...
William P. Barrett: Besides the fact there aren't a lot of 14-digit phone numbers out...
Joy: I live in Kentucky and Joel Collins just called for the Internati...
Dave Casciano: All over the country in the East says he reps the police...
ananomyous: The gentleman that called said he was with the United States Arme...
Kathy: You can donate to the Daughters of he American Revolution in supp...
William P. Barrett: Joel gets around....
Julia Wabo: I JUST got a call from Joel Collins but today he is with the New ...
: I just got a call from this same company with an 804-894-9204 num...
William P. Barrett: Actually, the biggest scandal here is that the NPTA is part of a ...
wes block: I live in NJ, and only found this page when I Googled this suspic...
William P. Barrett: While San Francisco is a physically beautiful town, I haven't spe...
Nicole: Oh God. I don't even know if you read this anymore but paragraphs...
Dan: I live in Virginia, Joel just called me (and generally does once ...
Sandy: Sorry this posted twice. The first time it said it didn't go so d...
Sandy: I received a phone call from these people a week or so ago and fi...
Sandy: I received a call from these people a week or so ago and finally ...
William P. Barrett: The Seven Sisters of Healing are all over the place....
Julie Jarvis: Thanks for your research! My husband pledged a donation after a ...
William P. Barrett: You might consider mailing the charity a copy of my post....
steven archambault: Great info. They've been hounding me for weeks. Being a charitabl...
William P. Barrett: Ah, yes, the Seven Sisters of Healing try to strike again....
Holly: Thank you for your research. Received my pledge notice in the mai...
Saint Pétersbourg: I just received a call from this organization a moment ago. She t...
William P. Barrett: My pleasure....
Happy: Thank you so much for your insight and information. I received t...
Jodi O.: I'm curious to know if they ever take legal action for not donati...
William P. Barrett: If Bob Newhart had started his stand-up career in Seattle, he wou...
Jennet Preston: (continued) In the second story, I didn't actually say anythin...
Jennet Preston: You are right about Seattle! I landed here after NYC, London, and...
William P. Barrett: Few charities are as deceptive as this one....
: I have received several calls from this organization, the most re...
Sheryl Smith: I too rec'd a donation request but instead of mailing my check to...
Jane: I was addressing the envelope now to send in my $20 donation but...
William P. Barrett: The U.S. Armed Forces Association seems to be more active now aft...
catgod12: So nice to have someone else doing the leg work in checking these...